It’s Sunday afternoon, the sun is shining, and the wind has just the right amount of “swoosh” to keep this day from getting “sweat running down my thighs” hot. In my efforts to get out and explore more, I made my way downtown to see what’s happening in the streets of Columbus. It was your typical Sunday; brunch with bottomless mimosas, oversized sunglasses, and over-achieving runners flooding the sidewalk as if to let the world know they had a good night’s rest and are not suffering from a mind-splitting headache like the rest of us. Normally, I would have been first in line for those bottomless mimosas (let’s be honest, $12.95 for endless mimosas? You name me one sane person that would pass that up). But today, my mind was more focused on wandering. I wanted to walk around the streets and find something new. I guess you can say I was on the hunt for adventure. Did I find that? Absolutely not. Instead I found a tiny little ally way with a run-down brick building that held a sign stating “No Stopping Any Time.”

There was nothing, and I mean nothing, special about this sign. It is your standard do not park here warning.  Initially, the fake beauty/fashion blogger in me saw the background as the perfect photo op. My casual stroll turned into a full fledge photoshoot. To be totally honest with you guys this post was headed in a completely different direction. I was leaning more towards a Causal O.O.T.D post but as I was scrolling through my pictures I became overwhelmed with the desire to write about something that’s been weighing heavy on my heart.

How many of you guys have ever felt stagnant? Felt like everything around you was moving and not moving at the exact same time. For the last few months, I have been a ball of emotions. For those of you who may not know, I am the EPITOME of a Capricorn woman. There’s always something I’m pursing. My entire being is defined by living a fulfilled and meaningful life. I am the type of person who is driven and motivated to make something out of nothing; to keep moving forward in the direction that I know I’m supposed to be heading. However, there are a few people in my life who are perfectly fine with routine. Wake-up, work a typical 9-5 job for mediocre pay, go home and do it all over the next day. No variation, no change. Now I am not saying there’s anything wrong with routine, by all means do you boo boo; it’s just not for me. Like I said earlier, I am constantly looking ahead of me; one foot always in front of the other headed towards the next goal. For a long time I used to feel guilty about pursing something more. Whether it be a new location, job, adventure, etc. I would feel guilty because I know life is best enjoyed with people you love and care about but when those people don’t see the world the way I do how do I move forward without leaving them behind?

I sincerely struggled with this concept for years. Friends who I could spend hours talking to about anything, I found difficult getting past “Hey, how are you?” Mainly because I knew there wouldn’t be anything more to their story after “Wake-up, work a typical 9-5 job for mediocre pay, & go home” (with the occasional boy/girl “he said-she said” drama). There was no substance, no change, or variation. I was moving forward in life and they refused to pass GO.

It took some time to realize that you can’t grow as an induvial when surrounded by people who don’t water their own garden. It is perfectly okay to outgrow people. That’s a part of life and maturing as a person. People aren’t meant to stay in your life forever. Life pulls everyone in a million and one different directions. If those in your life aren’t headed down the same path as you, it’s okay to let go of their hand. As compassionate, caring, and emotional human beings we are conditioned to want to hold on to past relationships and good memories; but if those relationships and memories are holding you back from reaching your own potential MY FRIEND LEAVE DEM! (sorry the naija babe in me came out small). Friends come and go, and with the millions of people on this earth you are bound to meet like-minded people along your journey. 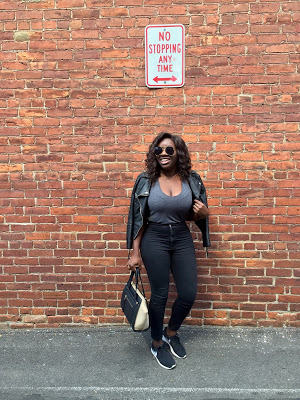 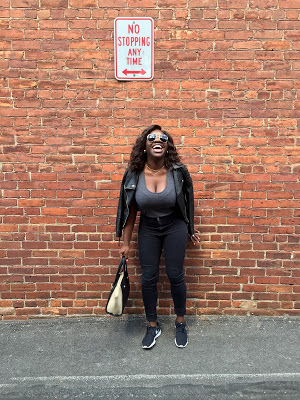 Moral of the Story: N.S.T. A. [NO STOPPING ANY TIME]. Keep moving in the direction life is meant to take you and do not worry about those you leave behind. Those who are meant to be in your life will find a way to stay there.