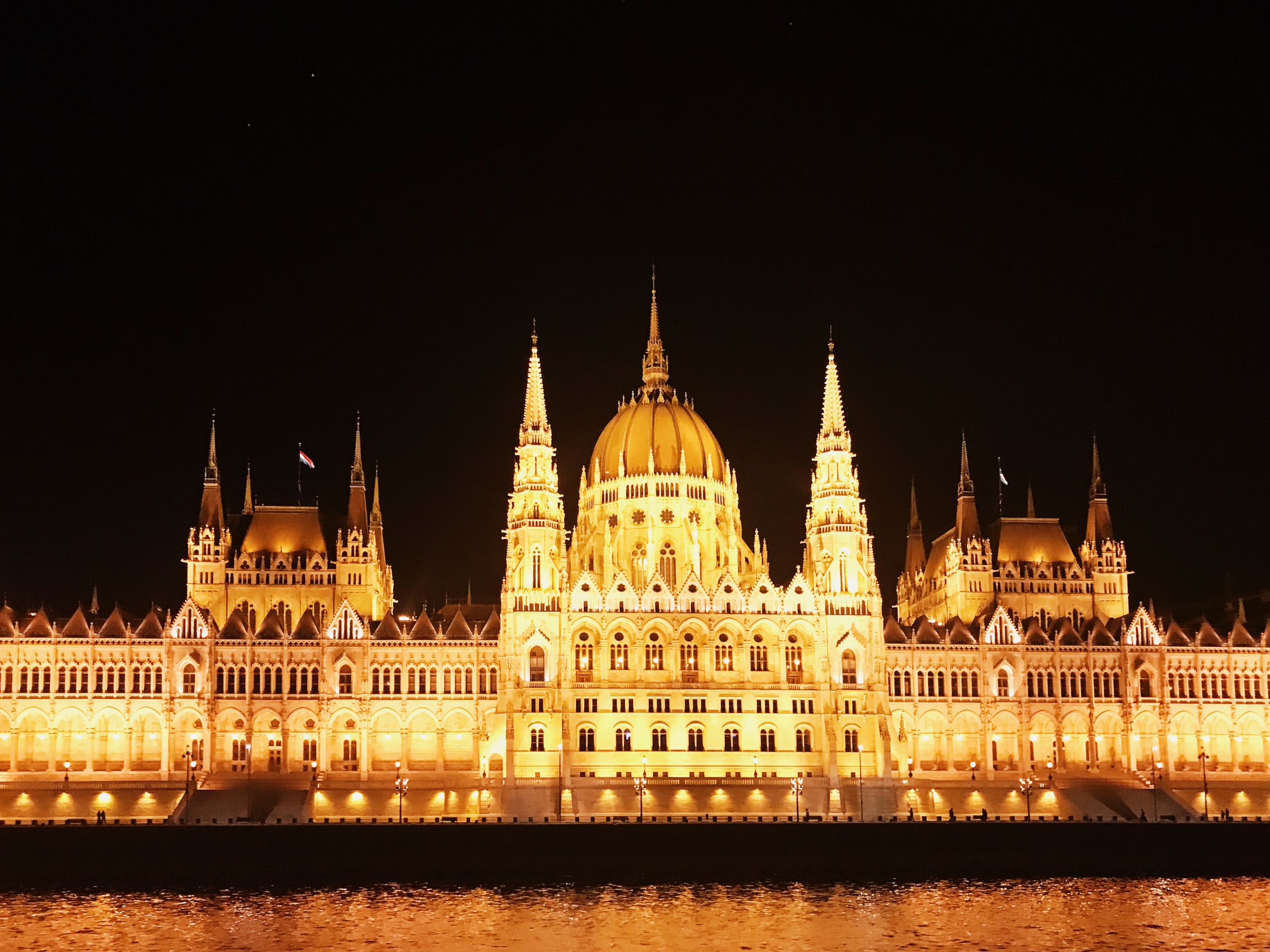 Happy [belated] Thanksgiving!!! I hope you all had an amazing Thanksgiving and u chop belle full (for all my non-Nigerian readers, this means I hope you ate a shit ton of food lol). Mine was well spent, thanks for asking. While I didn’t eat as much as I would like (this new diet I’m own won’t let me be great), I did spend my Thanksgiving loving on my little nephew, joking with my family, and placing bets with my uncle to see who can out drink who. In conclusion, it was another successful holiday.

This week I’m taking you all the way across the Atlantic Ocean and dropping you off in Budapest, Hungary. I had no other reason to want to travel to Budapest other than the ticket was cheap and pero like…why not? I’ve traveled to some western European countries before and I thought it’d be a dope experience to check out an eastern European country. There is so much to say about this relatively small city. The one thing that amazes me the most when traveling (and also accounts for 90% of the photos on my iPhone) is the beauty of the architecture. Budapest is fucking beautiful! Not only is it aesthetically stunning, it’s living proof of the city’s cultural vibrancy and history. If you’re not into European architecture like I am, not to worry. Between its many sites, delicious food, and fairly good music, Budapest should be on your list of cities to visit. 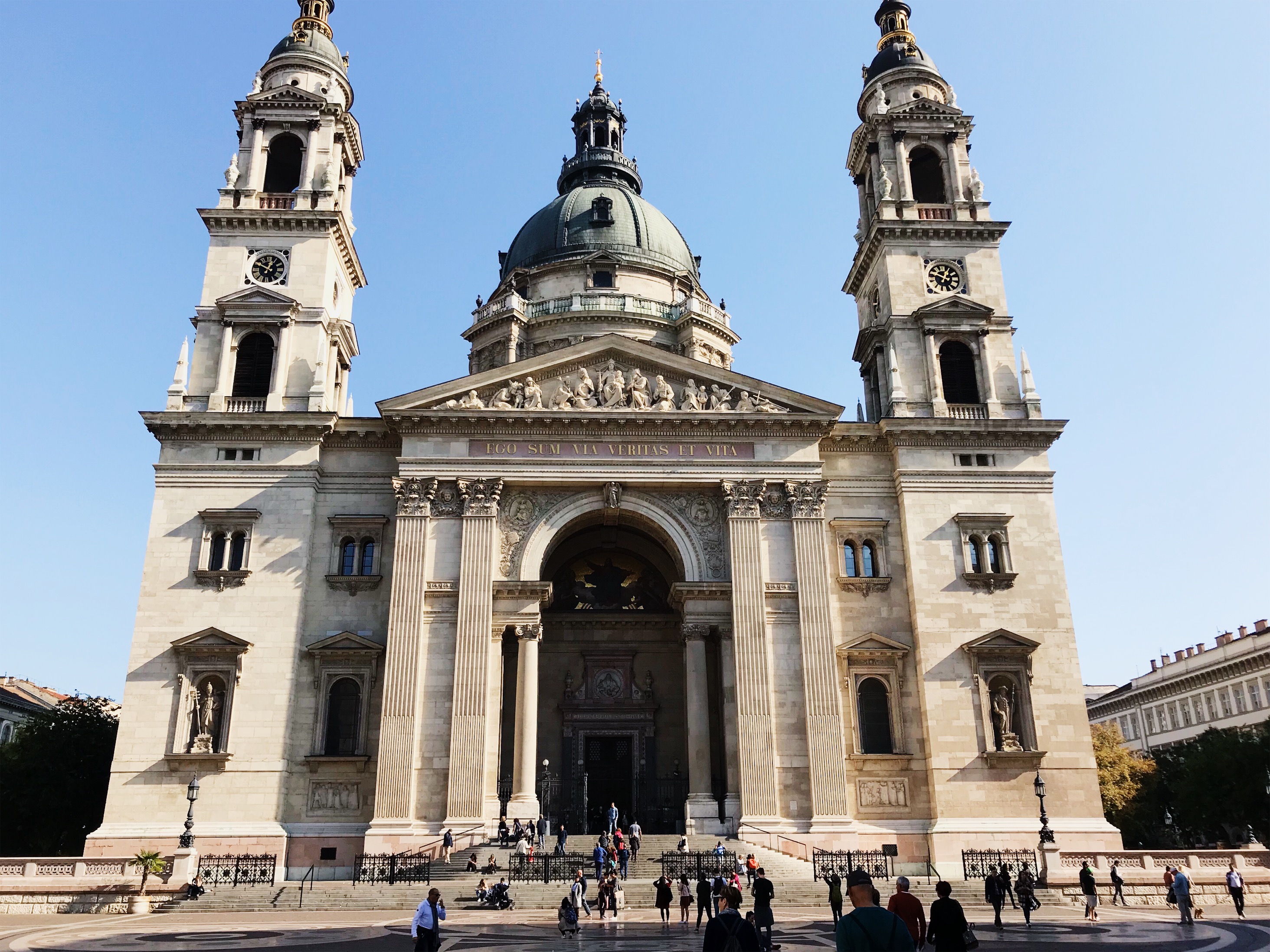 Fun fact: I know in my heart that I will not retire in America. Half of the year will be spent in Nigeria and the other half will be spent in France (Parisians hold the key to my heart). Why you ask? Namely because traveling within Europe is so blasted cheap and easy. For less than $50USD and just 2 hours of our time, we made it from Amsterdam to Budapest. This time, we stayed at this cute little AirBnB in the city center (V. District). The location was absolutely perfect! We were within walking distance of all the major attractions as well as restaurants, bars, and shops.

We were slightly exhausted from our quick stop in Amsterdam so we took it easy for most of the evening. We walked around the city, grabbed some food, and wine to wash it all down. FYI: Everything and I mean everything closes early. So if you’re the type who craves late night snacks, I suggest stocking up during the day otherwise you’ll be assed out until the morning. Fortunately for us, the manager at Mester Restaurant saw the look of pure hunger, desperation, and malnutrition on our faces that they stayed open late just for us so that we didn’t pass out on the streets of Budapest. If that’s not love, idk what it.

We spent the morning sightseeing some of the more notable attractions, clearly looking like tourist but not by our own merit. We used the morning to visit St. Stephen’s Basilica, Parliament, the Chain Bridge (the bridge connecting Buda to Pest. Also where Will Smith made that dope ass Drake ‘In My Feelings’ challenge video), take pictures (ode staring from locals lol), and grab food at this cute little donut/cafe shop. 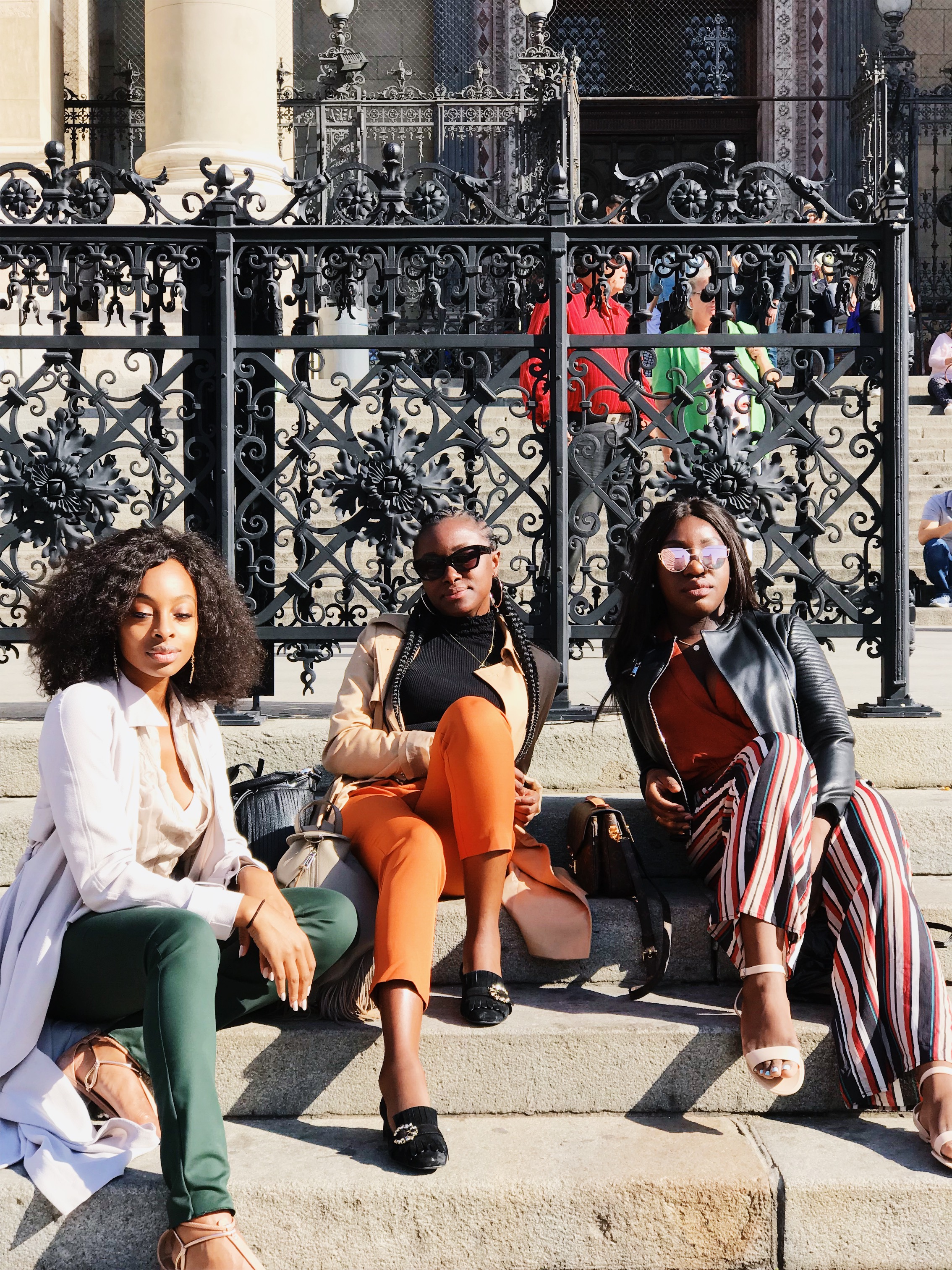 Sidenote: I would be lying if I said I was 100% comfortable during our time in Budapest. If it’s one thing the locals know how to do, it’s to stare at foreigners, especially those whose melanin is as poppin’ as mine and the babes I traveled with. Literally everywhere we went people would stare at us as if we were some type of anomaly. I wasn’t completely shocked by this; honestly it was to be expected but it didn’t make it any less uncomfortable. Hungarians, overall, are kind and curious people. However, the country itself really has no history with people of color, especially black people. Most black people who we stumbled across are either students studying abroad, migrants from African countries, or, you guessed it, a tourist –comme moi. So it makes sense why people feel the need to stare at us (also because, not to brag but, my friends are fine AF). If you should travel to Budapest, don’t be alarmed, most of the stares are simply out of “curiosity.” 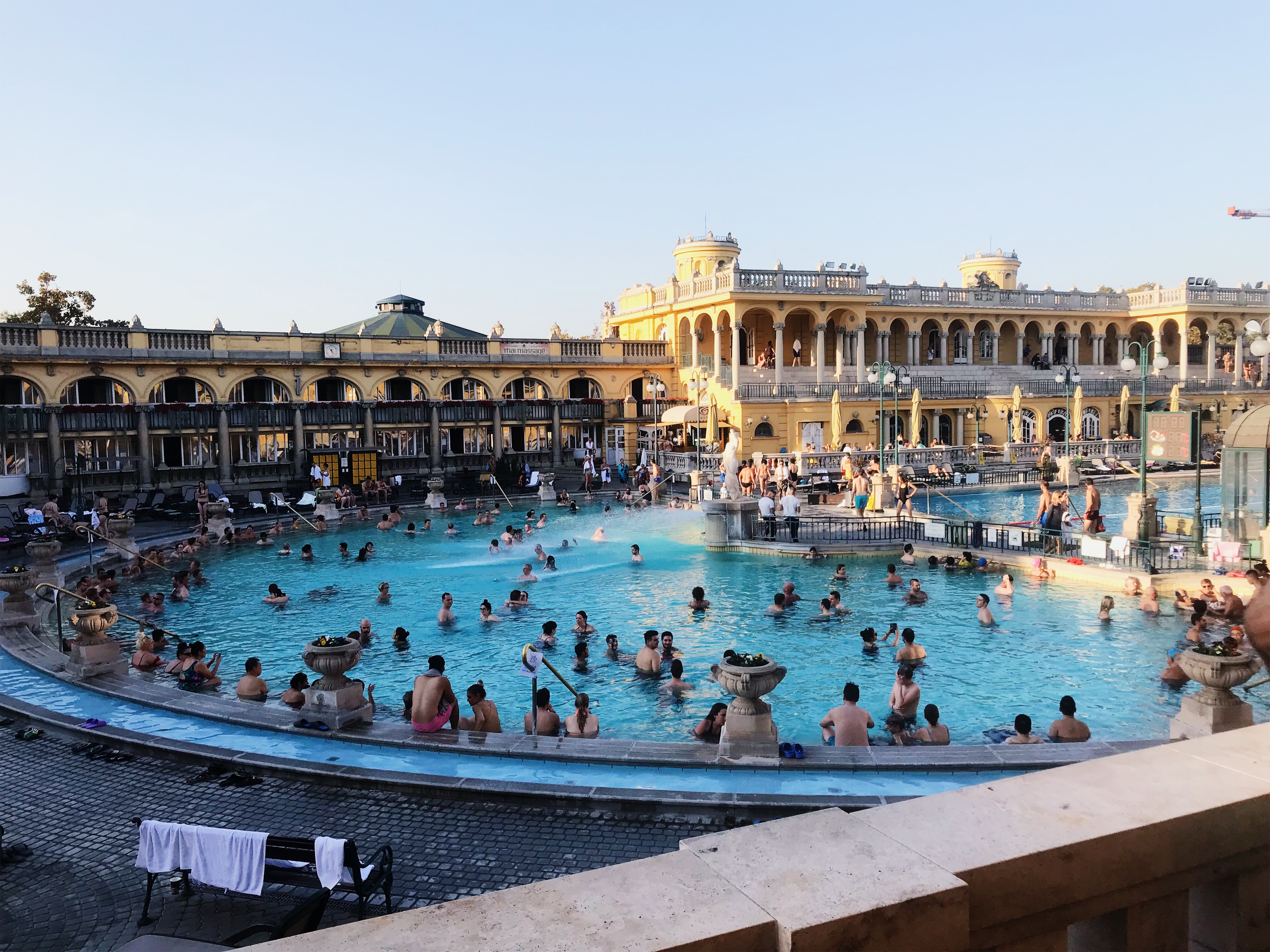 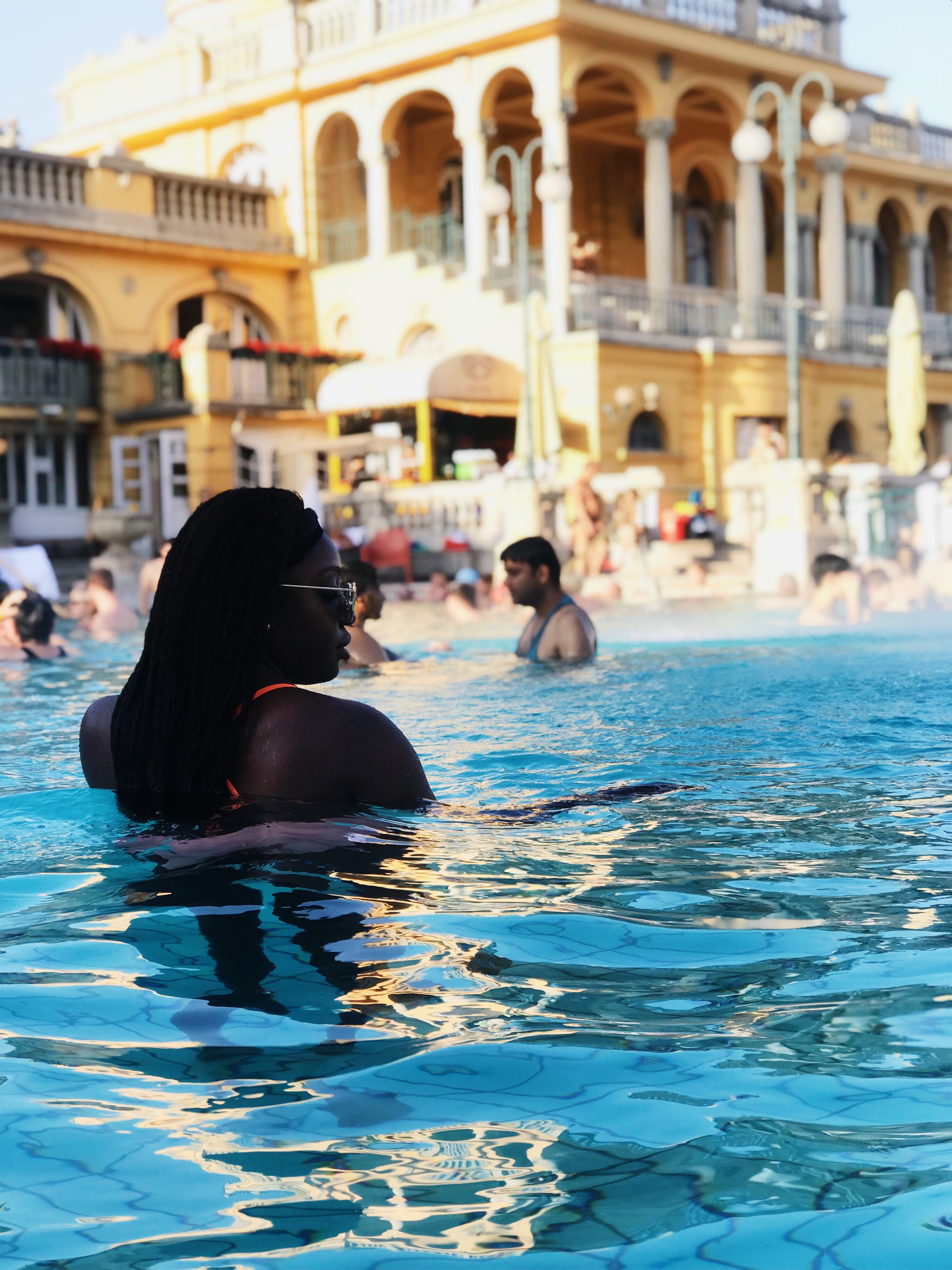 Around 2:00ish, we made our way over to the Széchenyi Spa. Budapest is known for their thermal baths. Not sure what this is? Imagine a large castle with a lavish courtyard filled with heated pools, hot tubs, and jacuzzis. If that’s not enough, inside the castle has over 15 different hotubs and jacuzzis as well as saunas and steam rooms. Szchenyi is co-ed bathhouse but if that’s not your thing, you can find single-sex bath houses. If nothing else, this is a must do while in Budapest!Pro tip: Ladies—ask for Adam while you’re there. You can thank me later 😉

Unfortunately for us, our time in Budapest extended over 2 weekdays so we didn’t do a whole lot when it comes to nightlife. TBH, majority of the bars and clubs close early during the week (if open at all) so we didn’t really have much of a choice in the matter. We did, however, take a lovely night boat tour of the city. Budapest lights up like a Christmas tree at night! Y’all it was absolutely gorgeous. We sailed along the Danube River with a welcome drink in hand, took a seat, enjoyed the sites, and got cozy with other travelers who would agree the boat ride was “Romantic AF.” 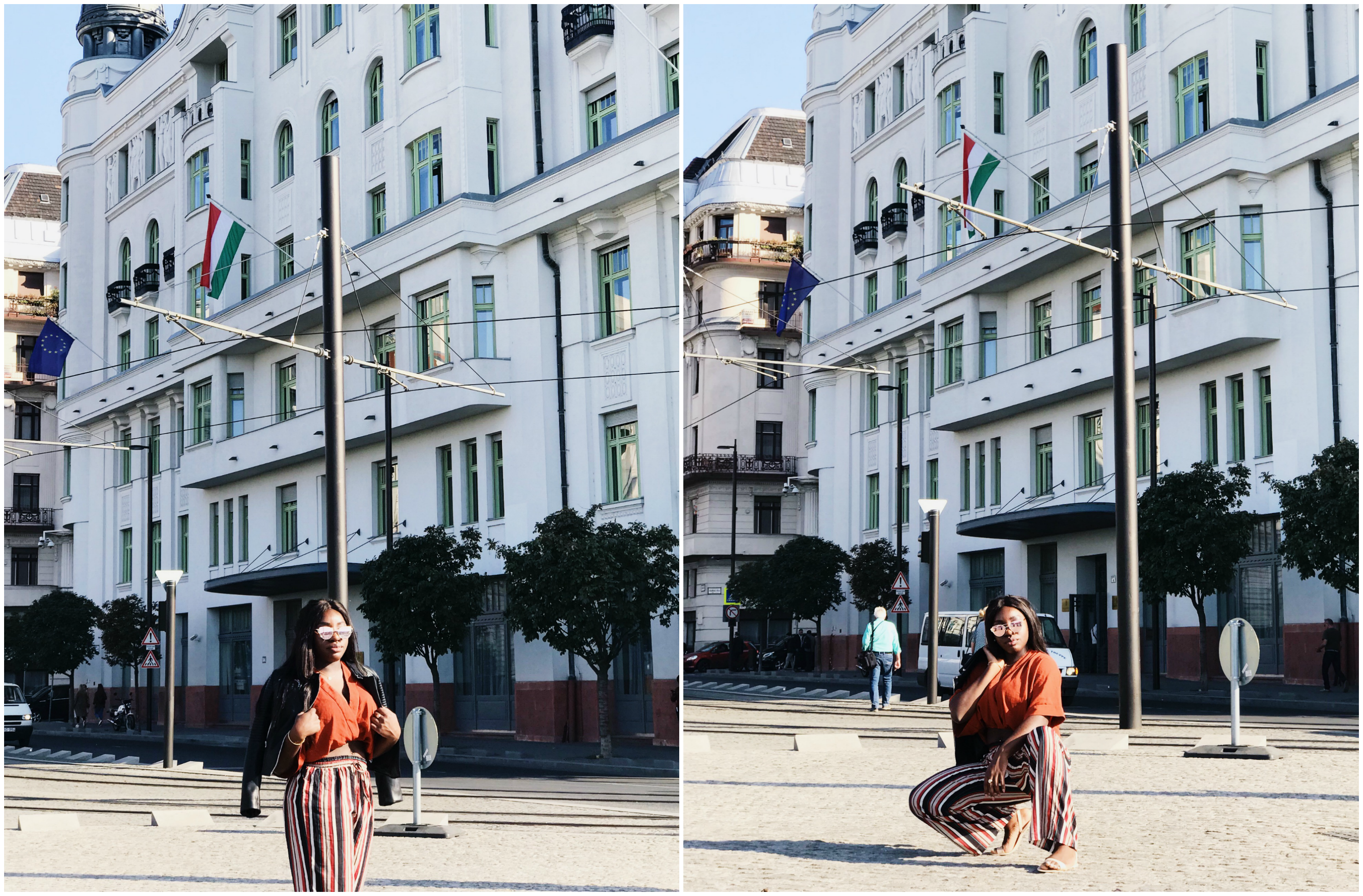 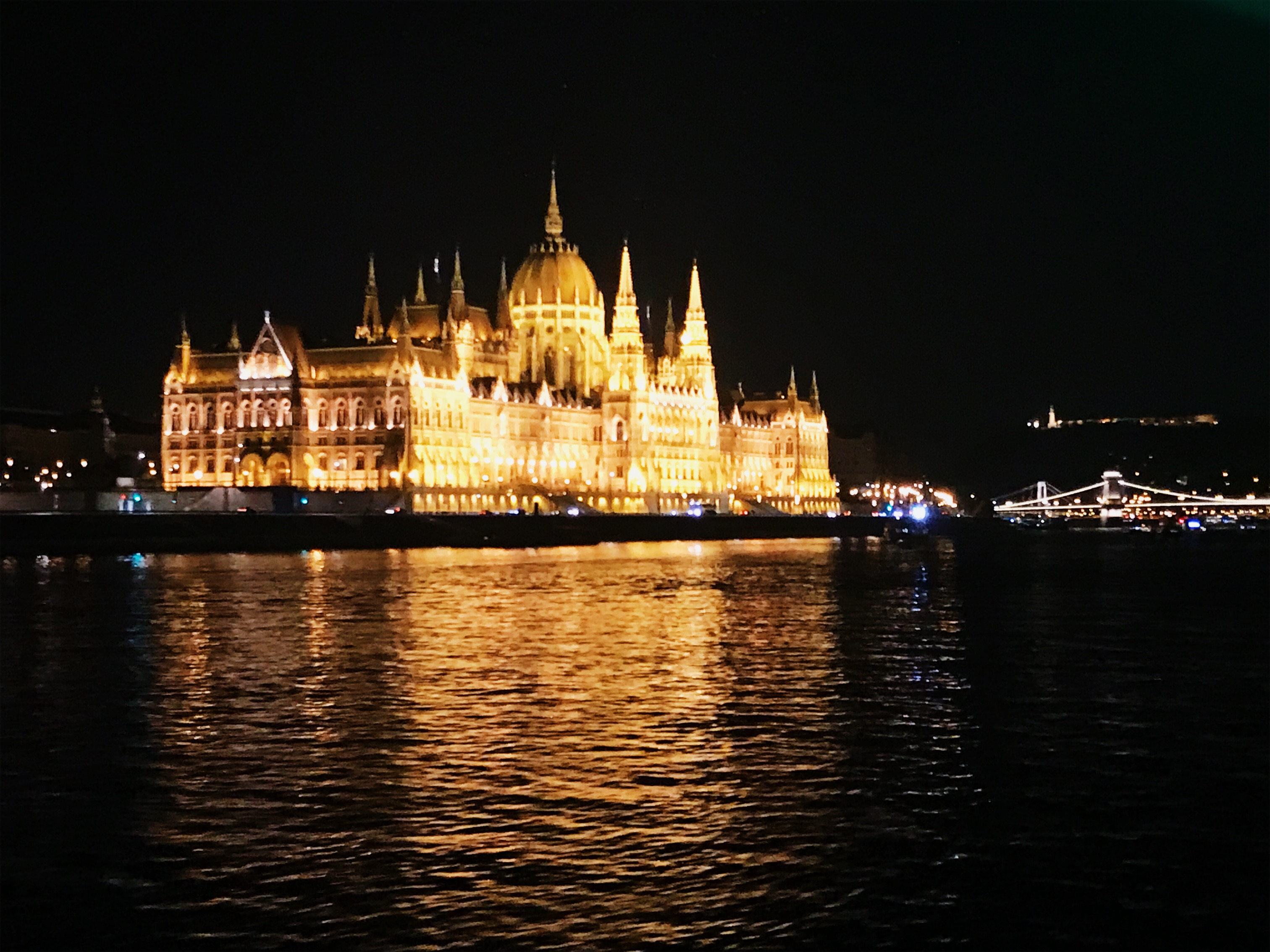