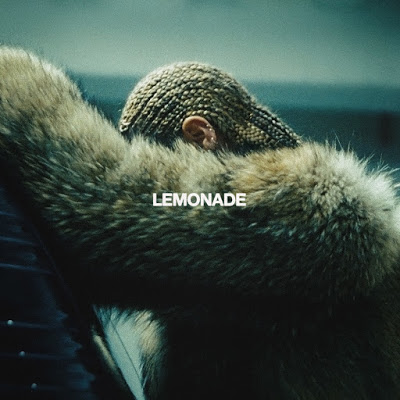 Mother of all things Creole! The SLAYAGE that Beyoncé served us Saturday night was more than your alopecia like edges could handle. I’m sure by now everyone and their entire family has had a chance to watch and listen to the highly anticipated album, so can we talk?

Besides the fact that I STANNN to the highest degree of the word for my mother, Queen Bey has truly outdone herself on this album. Before “LEMONADE” there was the self-entitled album “Beyoncé.” Now I truly hope the Beyhive doesn’t come for me after reading this (I’M ONE OF YOU GUYS, so just hear me out) but after replaying that album more than one should be allowed, I came to the conclusion that it wasn’t that great, sub-par even for Bey’s standards. The hype was based on her ability to serve us an entire album, each song paired with a music video, without so much as a pin drop of a hint. THAT’S ALL. The songs themselves had no synchronization. We couldn’t piece together a story or understand the message she was trying to convey to us. It didn’t make us think, it didn’t touch our emotions. But it did have us “Drunk in Love” and telling the next hater “BITCH, I’m FLAWLESS.” More and more women started to roll up the “Partition” and letting the world know: “I Woke Up Like This!” Even the album “4” (which is to this day, one of my favorite B albums) didn’t hit me like “Lemonade” did. “4” definitely had more depth but the songs, again, weren’t synchronized. I didn’t feel a personal connection to the artist in a way where I can say, “GIRRRRRLLLLLLLLLLLL, this is 1997, Mary J. Blige, “Not Gon’ Cry” type good. But Lemonade though? It gave me life and then some!

We all know Beyoncé is not a woman of many words (when’s the last time you seen her give an interview? Hmmmm?) So if we want to know anything about the superstar’s life, we have to get it through her music. To you simple minded peasants, unaware of how our Queen operates, your first instinct would be to think “Oh my damn! Jay-Z cheated on Beyoncé! *gasp!*” First of all CTFD! Homegirl has been dropping hints of “someone” cheating, breakups, and makeups for decades. Do you REALLY think if the alleged cheatations were true she would give us commoners the satisfaction of knowing who exactly did what, with whom, or where? Great, now that you see things more clearly, grab a cup of lemonade and lets divulge.

I don’t know about you, but if it didn’t come from Bey’s mouth, I’m not here for the “he said, she said, shoulda, coulda, woulda” mess. I’m not saying the album is an ode to Jay-Z fuckboy ways, or isn’t; but if we listen to the lyrics critically, B could be taking about anyone in her family! She may well be taking about the highly publicized cheating scandal between her mother Tina and that Joe Jackson wannabe father of hers Matthew Knowles. Or if that’s not enough even her grandparent’s cheating mess, or how about anyone who has ever been emotionally hurt by their partner. Let’s not get ahead of ourselves here people. To us, she is a singer and artist first. Beyoncé, very cleverly, found a way to create a synchronized story that every woman, or man, can relate to and pinpoint a time in their lives where they went through the “7 Stages of Grief.” The Formation Goddess used emotional trauma due to being lied to and cheated on as a way to see this message come to fruition. Now that’s a true artist!

*Le Sigh* Beyoncé thank you for this album! It was raw, honest, passionate, and everything anyone could have needed. FORMATION TOUR HERE I COME! I have one month to learn all the words to this album and choreo. Hope to see some of you dolls at the tour; drop a comment if you’re going and in what city!