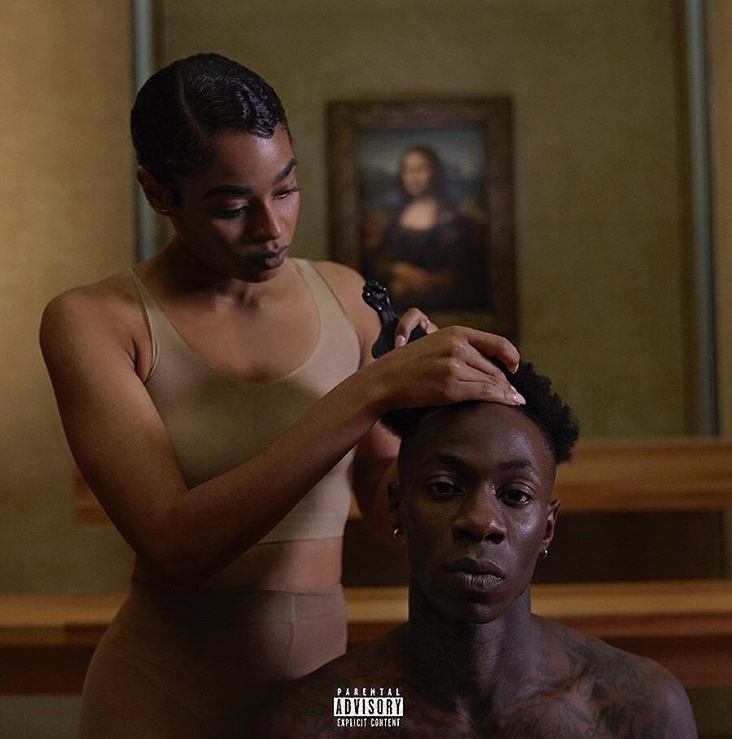 Have you ever been so conflicted in life? Let me tell you about something I have been battling with since 2012 but officially since 2016. *cues music, song: December 4th* Shawn Carter was born December 4th, weighing in at 10 pounds 8 ounces. Son of Gloria Carter, husband (no matter how much I prayed against it) to Beyoncé Giselle Knowles-Carter, and part-creator of my blood sister Blue Ivy Carter. Before all the aforementioned accolades, Shawn Corey Carter worked his way up from selling dope in the projects to spitting bars well above your mental. Fight me if you want, but to this day, I truly believe Jay still has one of the sickest flows the game has ever seen. Not only is this man beyond lyrically talented, but he’s crazy when it comes to verses with heavy word play. He will forever go down as my favorite rapper of all time. So when I tell you my heart broke the day Beyoncé finally confirmed (via Lemonade) that Jay-Z cheated once [or thrice] during their marriage, my heart broke. Was I surprised? Absolutely not. Firstly, they don’t call him the Jigga man for nothing. Secondly, Young Bey has been singing about how her man ain’t shit for my minute (allegedly). Don’t believe me? Resentment, Ring the Alarm, If I Were A Boy, I Care, need I keep going? Either which way, for the last 2-3 years my heart has been split in two; ½ of me in love with Jay-Z the artist and the other ½ of me completely disgusted with Shawn Carter the man for what he did to my mother.

When news broke that the Carter’s dropped their joint album, I went straight over to Tidal, downloaded the album, and went into hibernation for the following 5 days. I’m happy to announce that I’ve finally digested what transpired the over the last 10 days. By now (I hope) we’ve all had a chance to listen to the surprise joint album “Everything is Love” by The Carter’s. I promise you I DID NOT WANT THIS ALBUM. There have been rumors of a joint album for some years now. Nothing new. Ever since Beyoncé’s Lemonade dropped, followed by the release of 4:44 by Jay-Z, critics have speculated it’s only a matter of time before the power couple released a joint album to round out the Carter Cheating Trilogy. As the self-appointed President of the Beyhive, it is my job, my unselfish and fully biased, civic duty to protect our patron. Meaning, I did not want an album that will inevitably resurface feelings of intense pain myself and other members of the Beyhive experienced when our First Lady publicly confirmed the rumors that her underdeveloped husband cheated on the closest thing to perfection many of us have ever seen in a celebrity. 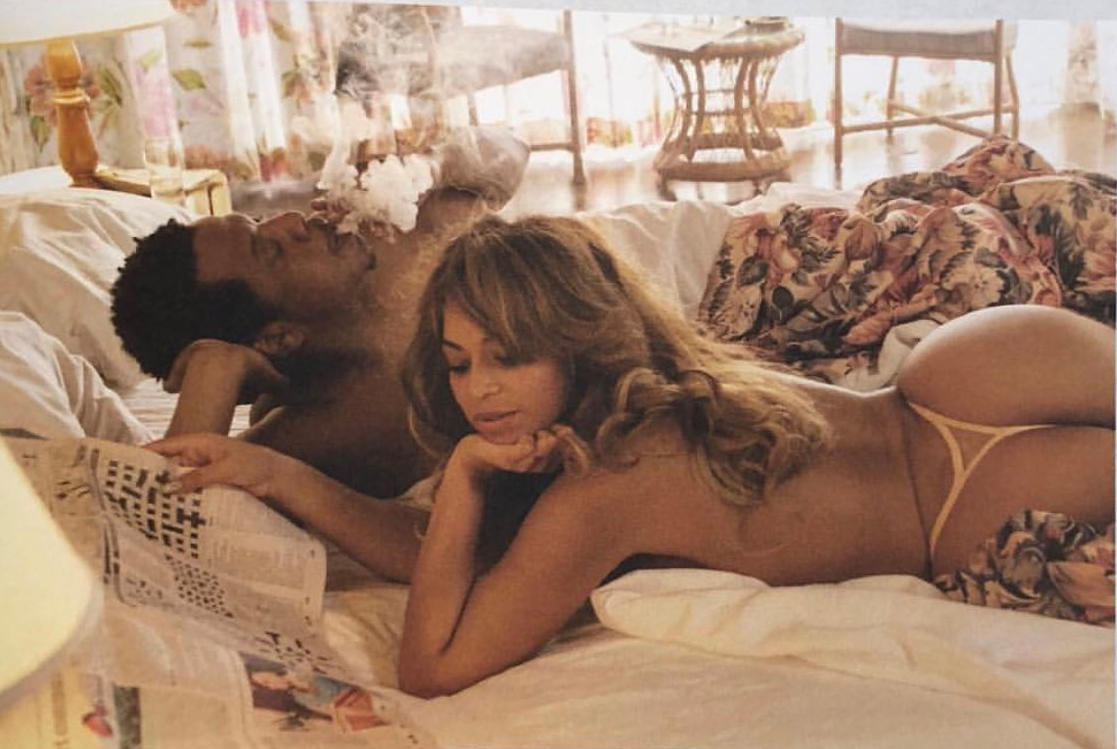 But you know, I’m forever going to support anything King Beyoncé does, because let’s be honest, she NEVER disappoints. Surely this album was no different. For the sake of this post, let’s just say I knew the album was coming, right? If I had to give you an idea of what I thought it would be like, I would have not guessed Everything Is Love how it is. It probably would’ve been something more like a back and forth narrative between Yoncé and Jay-Z, (R. Kelly Trapped in the Closet style with a hint of background adlibs from The Isley Brothers), detailing how his cheating almost tore them apart, but they love each other so they stuck together. Why I thought that horrendous concept would ever be a thought for these two creative ass geniuses, I have no idea. Lol, don’t laugh at me. Instead they gave us an album that rounds out this chapter of their lives. If anything, it reinforced how much I missed fire ass verses from Hova. He was giving me all kinds of Jay-Z from the Blueprint Era vibes (except street problems are now replaced with rich people problems). I really don’t think people paid too much attention or gave Jay his due credit on this album. He was spitting and talking some real facts, while displaying pieces of shade and pettiness. I live! Do not get me started on Mama Bey. She served all kinds of vocals on this album. Sis rapped, hit falsettos, and sang everything from bass up to soprano. If you really STAN like I do, then you know her flow on this album is nothing new. Amped up a little? For sure. Please leave the “I hate this “Gangsta” act Beyoncé is doing” comments at home. She’s been rapping and talkin’ her shit for years. Get over it, because we love it. I will literally go on and on about these two, so let me not. Let’s just get into the actual review of the album so you guys can return to your regularly scheduled program.

I love that the album is only nine songs. It makes it short, sweet, and to the point. I mean it makes sense, yeah. The square root of 9 is 3 and they have 3 babies, so duhh. Off bat, my favorite songs are Nice, Friends, 713, and Heard About Us.

SUMMER: This is a cute lil song. It’s all about being happy and drunk, in love with your bae, boo thang, situationship, etc. Imagine: beautiful summer weather, skin glowing, living in your personal love bubble with your main. It’s a nice lil vibe; if it doesn’t make you want to be happy in bliss with some good drank, dank, or d*ck, idk what kind of monster you are. Favorite line: “Let It Breathee.”

APESHIT: I did not like this song when I first heard it. It sounded too Migos-y for me, but no lie, issa bop. Let this song come on in the club and I’m going awff. Of course, I can’t neglect to mention that the music video for this song was shot in the Musée du Louvre. What kind of black excellence! Can you imagine being black AF in the one of the whitest curated museums in the world? I would have acted a black ass fool. The song is basically about how rich and expensive they are. Ehh, content of the song gets a B-, but A+ to whoever put Jay-Z up to making that airplane sound after Beyoncé says “G8 Planes” Favorite line: “You need me, I don’t need you.” 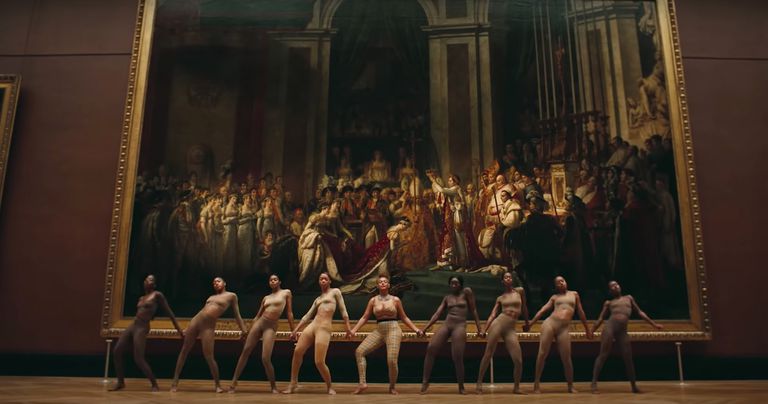 BOSS: “I ignored a lot of calls (click click)” A mood. I personally took this song as yet another message from Jay-Z trying to let his peers (*cough* Drake, *cough* Ye) know, like fam, stop making money for other people, come work WITH me and let’s get this money together. Nah, but instead you wanna front like we on the same level and we not. #PettyGang. Meanwhile, Beyoncé is outchea living her rich ass live, getting paid and enjoying her rich ass family. Favorite line: “Pride always goeth before the fall, almost certainly.” Honorable Mention: y’all heard my little sister Blue Ivy on this track? Poor baby sounding like she just got over a cold. She still showed up for work tho!

NICE: This is where the album picked up for me. First thing first, can we get in to this beat?? Like for come onn! Well done Pharrell. Honestly, the beat makes this song. Without it, it’d probably fall flat to me. This song is another ode to how poppin the duo is. Try as you might, you cannot stop the Carter Clan. “Last name gon be here forever!” Favorite line: “I’m everybody’s type”

713: LET YO INNER HOODRAT OUT YONCE! “I put it DOWN fo the 713” (713: Houston area code). This is the type of songs I thought we would be getting out of this album, songs that tell a story. In this song, Jay is rapping about how he and Beyoncé met and got together. It talks about how he fell in love with her and he notes some of the mistakes he made early in their relationship. I love this song; this is the one that reminded me Blueprint Jay. Flowing like crazy. Favorite lines: “First time a live nigga felt dead.” “…and my little baby Blue is like “Who gon stop us, huh?” Can’t you picture her actually saying this? Goals. Honorable mention: loved that they adapted the hook from Dr. Dre and Snoop Dogg’s song “Still D.R.E.” 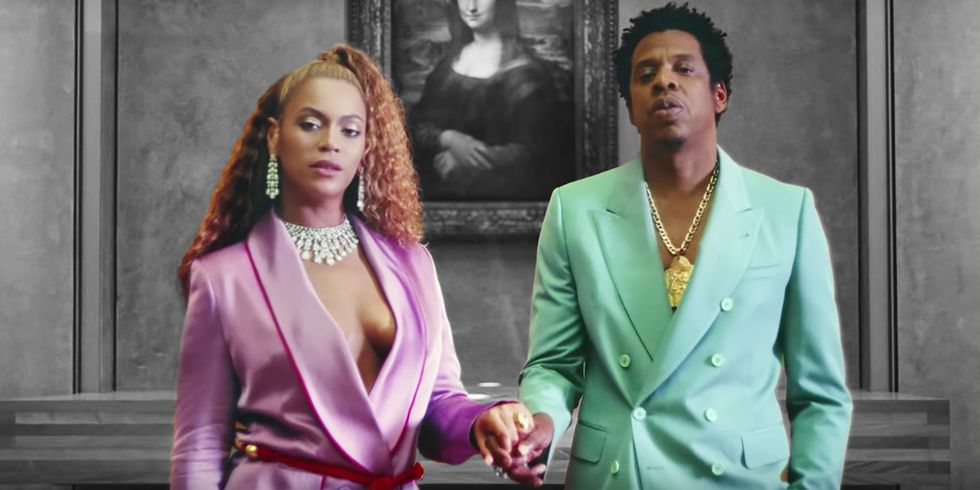 HEARD ABOUT US: More bragging and I’m here for all of it! This song is a very upbeat warning. The power team is politely asking you for the umpteenth to leave them alone. You already know about them. Talent? They got it. Money? Not even a problem. Power moves: they make them with their eyes closed. You know all of this so stop talking about them and let them continue to be great.

BLACK EFFECT: Blackiddy, black, black, black. Another favorite off the album. This one is for us y’all! They specifically made this song for us black folk. They talk about their own blackness and how although they are a symbol of black wealth, they haven’t forgotten that they are indeed black and they will continue to support their communities and fight for what’s right. “I’m good on any MLK Boulevard (HE GOOD!).” There were so many quotable lines in this song. The whole track is my favorite line.

“Since the Kalief doc, they’ve been at my neck. Y’all can tell ’em Trayvon is comin’ next.”

“I pull up like the Freedom Riders, hop out on Rodeo. Stunt with your curls, your lips, Sarah Baartman hips.”

“I will never let you shoot the nose off my Pharaoh”

“Shining my light on the world just like “UMI Says””

LOVEHAPPY: Not much to say about this song. It’s a cute end for the album. They are having fun on this song being black, rich, and in love. Reveling in the fact that they made it and are finally happy with each other. Cute. Of course they couldn’t end the album without throwing a bit more shade to their favorite “they wanna be us so bad” couple, Kimberly and Kanye. “In a glass house still throwing stones, Hova, Beysus, Watch the Throne. “ Favorite line: “Sometimes I thought we’d never see the light. Went through hell with heaven on our side. This beach ain’t always been no paradise, but nightmares only one night.”